Years ago, Google was already testing trendy searches on mobile that display similar suggestions to autocomplete. Such a test for desktop has now been discovered.

Anyone looking for something on Google rarely has to type in the entire search query thanks to the Autocomplete feature. Because the suggestions that Google gives as possible completions often match the search intent. In addition to the suggestions based on the first characters entered, suggestions for trendy search queries could appear from the start when searching on the desktop. This is suggested by a current test. However, a previous similar test for mobile has so far not resulted in a comprehensive integration of the feature.

SEO expert Barry Schwartz reports from Search Engine Roundtable about the current test on the suggestions in the Search Bar on desktop. Technical SEO Philip Gamble shared a screenshot that shows what this test could look like on Google :

Haven’t seen this before. Google showing Trending Searches on their homepage and SERPs. pic.twitter.com/Nr4LUVqcT4

Short suggestions like “Ben & Jerry’s”, but also contextual inquiries like “Madeleine McCann Christian Brueckner” are displayed. And an arrow symbol indicates that these searches are trending.

While this feature is new for desktop searches, it was tested and integrated into the mobile area four years ago. Barry Schwartz also reported in 2016. And Schwartz assumes that not only Gamble sees the function on the desktop, but many other users. The SEO expert has received a notification from the Google Search Console that his four-year-old article on the opt-out option for trending searches is currently trending due to significantly increased clicks. 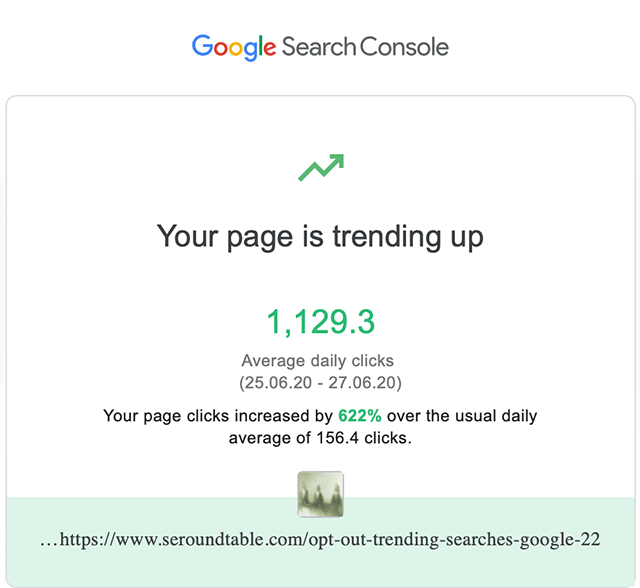 Trendy search queries can be switched off, but do they even prevail?

As Schwartz reported in this article, the trendy searches, if they are displayed to a user, can be displayed. Incidentally, according to Google, this does not apply to autocomplete suggestions:

If you don’t want to see trends in search queries, you can change your settings.

Note: You cannot turn off search prediction. These are integrated into Google search so that you can find information faster and easier. However, you always have the option to ignore the suggested suggestions for searches.

It is questionable whether the feature will be widely used on the desktop. After all, the autocomplete feature has long been an important part of Google search; but the trend-based search queries that have been shown from the start have not yet become established. The likelihood that they exactly match the search intentions of the user may also be low due to the limited number of suggestions. The feature could nevertheless provide insight into currently relevant topics or trends.